Most of us enjoy popping open a bottle of sparkling wine now and again. Whether you’re celebrating a birthday, anniversary or the end of a long week at work, there’s nothing quite like a glass of fizz to lift the spirits. So, what’s your sparkling wine of choice? Chances are you end up reaching for a bottle of Prosecco or Champagne. Unsurprising, given that they’re the two most popular varieties around the world. But do you know the difference between the two? Let us give you the low-down.

The Champagne wine region surrounds the towns of Reims and Épernay in the northeast of France.  Champagne is a protected designation, which means that only sparkling wine from the Champagne region of France can legally be called Champagne.

Unlike Champagne, Prosecco doesn’t have a protected geographical location, which means it can technically be produced anywhere in the world. However, there is a system classifying how good a particular Prosecco is. DOC (Denominazione di Origine Controllata) wines have to meet strict standards to earn their DOC label, while DOCG (Denominazione di Origine Controllata e Garantita) have to achieve even higher production standards. Italy’s DOC Prosecco region is the Veneto and the Friuli Venezia Giulia regions in the north of Italy, and DOCG Prosecco is produced in the region between the hilltop towns of Conegliano and Valdobbiadene. You can find out more about Italy’s Prosecco region. 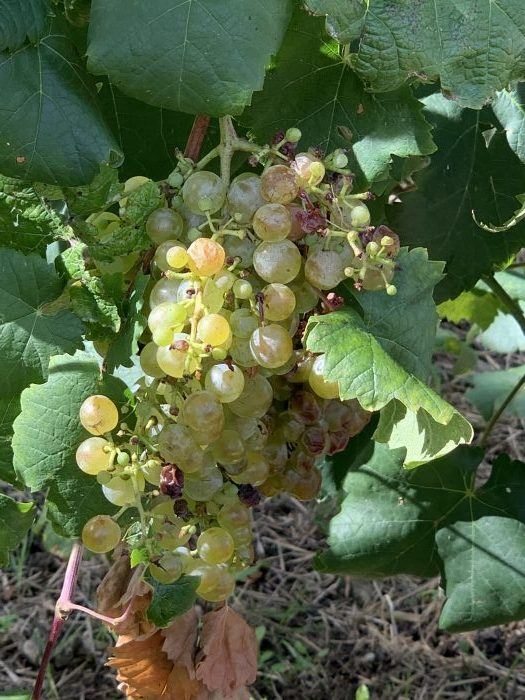 Another significant difference is that Prosecco and Champagne use different grape varieties.

DOC and DOCG Prosecco, on the other hand, must be produced using 85% Glera grape. The additional 15% can consist of different local varieties, including Chardonnay, Pinot Blanche, Pinot Gris or Pinot Noir. 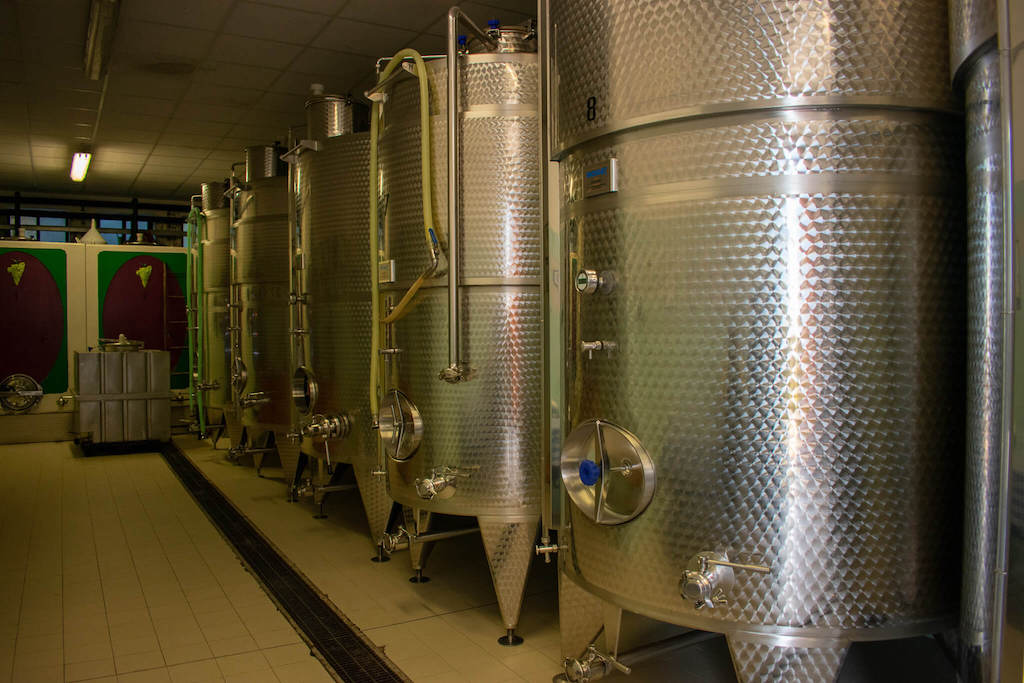 When making both Prosecco and Champagne, the carbon dioxide that creates the bubbles is produced during the second fermentation of the wine. However, the two varieties of sparkling wine use slightly different methods for this.

Champagne is produced using the ‘traditional method’ (or Method Champenoise), where the second fermentation happens in the bottle. Yeast and sugars are added to the wine, and the bottle is left neck down to ferment. The dead yeast cells collect in the neck of the bottle and are eventually frozen and removed.

Prosecco is made using the ‘Charmat method’ (or tank method), where the second fermentation happens in tanks. The wine is moved into large sealed pressurized tanks, and the yeast and sugars are added. The Prosecco then gets bottled after the fermentation is complete.

Prosecco was considered a cheaper and lower quality alternative to Champagne for many years. But the lower price of Prosecco doesn’t mean that it’s an inferior quality wine – sip on a good DOCG Prosecco, and you’ll know it can taste every bit as good as Champagne.

Prosecco is cheaper than Champagne because the tank production method (mentioned above) is easier and much less labour intensive than the traditional method. The more production hours that go into producing the Champagne result in higher prices. Add in the historical perception of Champagne as a luxury item and some savvy Champagne branding, and you can see why Champagne is overall more expensive than Prosecco.

Due to the varieties of grapes used, Champagne often has almond, white peach and citrus notes, while Prosecco has more fruity and floral notes. The closer contact with the yeast during Champagne’s fermentation can also result in cheese rind and toasty brioche aromas.

The higher-pressure carbonation of Champagne also results in finer, longer-lasting bubbles than the light and airy bubbles found in Prosecco.

Champagne and Prosecco are both excellent wines to enjoy on their own or to pair with different foods. Both sparkling wines can come in dry and sweet varieties, changing the flavours that pair well with them. But in general, there are certain foods and dishes that pair best with each wine.

Champagne tends to be dry and high in acidity, so it pairs best with salty and fatty foods. Try pairing a glass of Champagne with shellfish, fried appetizers, pickled vegetables or even fried chicken.

Prosecco’s high acidity and natural sweetness pair best with acidic, sweet, fatty and salty flavours. Prosecco and many Italian cheeses are indeed a match made in heaven. You can also pair Prosecco with dishes such as pizza, fish and chips, spicy Asian curries, as well as plenty of sweet desserts. For more, check out our guide to pairing Prosecco and food.

Prosecco vs Champagne: Some Similarities 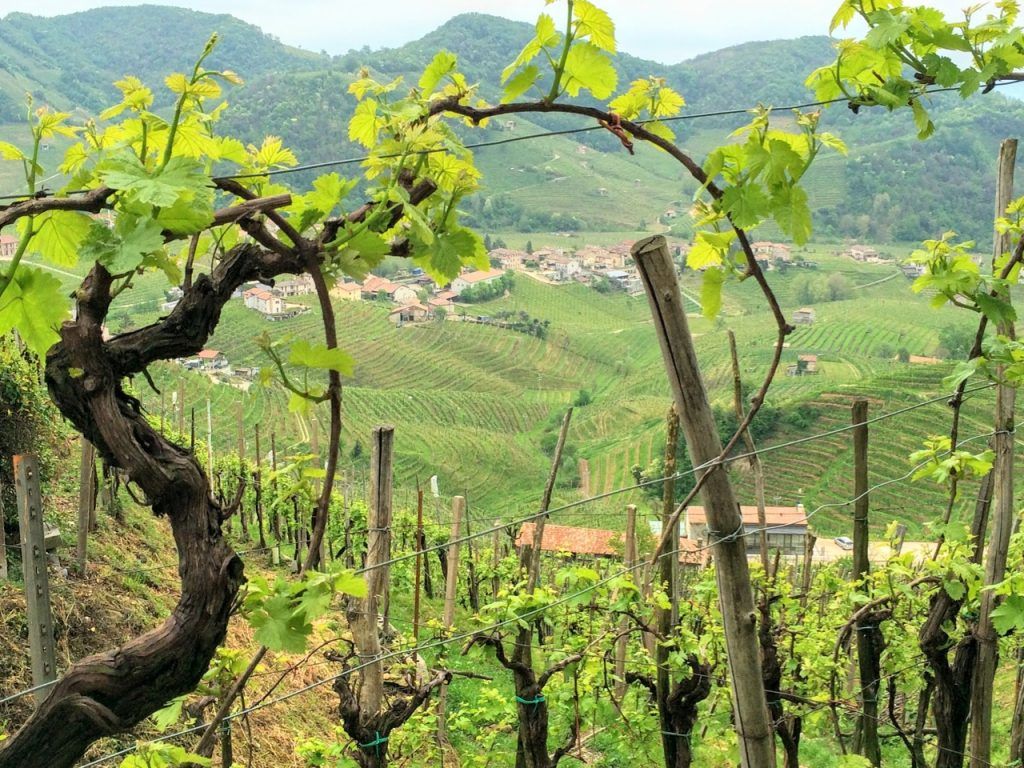 Is prosecco the same as Champagne? No, as the list above tells us, they’re not, but the two do have some similarities amongst the differences.

Both Are Sparkling Wines

The most significant similarity between Prosecco and Champagne is that they are both varieties of sparkling wine. Sparkling wines are fizzy or bubbly due to the carbon dioxide.

Both Can Come As White and Rosé

Until recently, Champagne could be produced in both white and rosé varieties, while Prosecco was only available as a white sparkling wine. However, in 2020, a Prosecco rosé category was finally approved. Although the decision hasn’t been widely supported by many historic Prosecco wineries that produce DOCG Prosecco (the superior stuff), we expect to see Prosecco rosé soar in popularity over time.

The Champagne region and the Prosecco Hills are UNESCO World Heritage Sites due to their historical significance and natural beauty. For wine lovers, a visit to the rolling vineyards and the charming wineries of both areas is a must.

(If you’re keen to visit Italy’s Prosecco region, you can find out about Prosecco tours here.)

What About Other Sparkling Wines?

While Prosecco and Champagne are perhaps the most widely known varieties of sparkling wine, they are by no means the only ones available. Some other sparkling wines from around the world include:

So which is the best sparkling wine? Well, that’s entirely up to you. Everyone has different preferences. You’ll have to taste a few to find out which one is for you.

Affiliate Disclosure: Visit Prosecco Italy features links and services that may pay me a commission if you buy through the link. There is no extra cost to you. My recommendations are not influenced by potential commission. It just means I can keep creating free Italy travel and wine guides for you. Thank you for your support.