You can read more here.

“The Prosecco region is just an hour from Venice?” My friend whispered, as though I’d just shared the world’s greatest secret with her.

And, in a way, I had – because the location and proximity of the Prosecco region to Venice is still, somehow, for most people, a secret.

It’s been a couple of years since I tapped ‘where is the Prosecco region’ into Google and subsequently took myself on a trip to go Prosecco tasting in Italy. You can read about my first visit over on my travel blog: Indiana Jo.

Almost three years later, I can’t believe that the vast majority of tourists who descend upon Venice each day still don’t have a clue that they’re a quick and easy train (or car) ride away from the land where Italy’s most famous sparkling wine grapes grow.

Through this website I will share with you how to visit the Prosecco region. On this page, I’ve got a little bit more information about the region itself and the ‘Prosecco’ grape.

I should warn you, all I have by way of credentials is many, many hours of drinking sparkling wine. And, whilst I’ve probably not quite hit the 10,000 hours of experience to make me an expert, as defined by Malcolm Gladwell in his book Outliers, I could probably tell the difference between a Champagne, a Prosecco and a Cava with my eyes (mostly) closed.

But you’re not here for an in-depth course on Prosecco, are you? You just want a top-level view. And that’s what I have for you.

The short answer is: Prosecco is a white, Italian sparkling wine.

Feel educated enough? Go ahead and make a booking to visit the Prosecco region.

In Italian, this is known as a Spumante wine (sparkling), compared to a Frizzante (semi-sparkling) and Tranquilo (still/flat/no bubbles).

The other ‘ingredient’ that makes a Prosecco a Prosecco (compared to Cava or Champagne, for example), is the grape that’s used.

The grape is called Glera. Actually, it used to be called ‘the Prosecco grape’ but over the last decade it’s shed its nickname in favour of its more formal, more grapey title.

When Prosecco is made, a bunch (pun: intended) of other grapes can be blended with the Glera grape including some familiar names like Chardonnay and Pinot Grigio but these non-Glera grapes can’t make up more than 15% of the blend.

If they do: it’s not Prosecco.

Where is the Prosecco region?

I talk a lot on this website about the ‘Prosecco region’ and when I do so, I’m using a bit of shorthand for the area of Italy where the best and ‘superior’ Prosecco comes from – because why recommend anything other than the best?

However, the question of ‘where is the actual region’ is a little bit complicated.

This is known as a Geographic Indicator in the wine world. And, as you can imagine, the producers of Champagne from the Champagne region make sure it’s fiercely protected.

While you and I will probably be (legally) forgiven for referring to any old sparkling wine as Champagne when we raise a glass of bubbly in a toast, producers can’t slap a Champagne label onto a bottle unless it’s the real deal.

Italy’s sparkling wine, however, is a little different.

For a start, there is no legally protected Prosecco region i.e. Prosecco does not have a Geographic Indicator like Champagne does.

Consequently, anybody who produces a sparkling wine from the Glera grape using a minimum 85% of that grape can currently call it Prosecco.

That applies to producers making Prosecco throughout all of Italy as well as in other countries where the Glera grape is grown: Argentina, Australia, Brazil and Romania are examples.

Probably not the producers you have in mind when you think of Italy’s famous sparkling wine.

Why does it matter, you might ask. The answer is quality.

If anybody can plant Glera grapes and stick a Prosecco label on the bottle they produce*, how do you know you’re handing over your cash for something that will taste good and comes from the Glera grape’s native country? That’s where the designations of DOCG and DOC come in.

* There’s an extra legal level of complication I won’t go into around selling into the EU – in that case, you can’t call your Prosecco by that name unless it’s from Italy, but that doesn’t stop the Australians and Brazilians cooking up their own and selling it locally or outside the EU (including, presumably, in England when we Brexit). It’s complicated enough I feel like I need a glass just thinking about it.

Knowing your DOCG from your DOC

and why it’s important (hint: quality)

For over a decade, the top producers of Prosecco within Italy have, like their French counterparts in Champagne, been fighting tirelessly to obtain an indicator of quality. It’s both expensive and hard work to apply the high standards of production across land that is steep and hard to tend. And without a Geographic Indicator, it’s at least helpful to have a label that gives these producers credit for superior quality that their hard work produces.

That credit comes in the form of DOCG and DOC labels.

DOCG and DOC are wine classifications that exist throughout Italy and apply to all kinds of wine produced in the country from red wines like Chianti to whites like Pinot Grigio to our favourite sparkling wine, Prosecco. Their main purpose is to highlight wines of a particular and superior quality.

With DOCG offering the best mark of quality, here’s what the labels mean:

DOCG (Denominazione di Origine Controllata e Garantita) – DOCG wines have conformed to the strictest standards and therefore have the highest denomination in Italy.

DOC (Denominazione di Origine Controllata) – DOC wines also have to comply with strict standards. However, they are less strict than for DOCG wines. Therefore, DOC wines are much more commonly found.

There is a third category, ITG (Indicazione Geografica Tipica), which is reserved for wines that may not meet all of the standards of a DOC wine but are nevertheless considered to be very good quality.

Prosecco is usually labelled either DOCG, DOC (or just Prosecco).

But where does Prosecco DOCG and DOC actually come from? It must come from the town of Prosecco, right?

* I told you it was complicated. Have another sip to soothe your brain.

The town of Prosecco near Trieste

IS NOT where you’ll find the best Prosecco in Italy

There is a town called Prosecco that you can find on a map. It’s located in the northeast of Italy, near the city of Trieste, close to the border of Slovenia. This former town, now suburb of Trieste, is what you might call the birthplace of Prosecco because this is where the Glera grape and Prosecco wine is originally from.

However, the town of Prosecco is no longer where the best Prosecco is produced. To find that, you have to turn west and head to the two regions of Veneto and Friuli Venezia Giulia.

Prosecco in the Veneto and Friuli Venezia Giulia regions

Travel to the Veneto and Friuli Venezia Giulia regions of Italy and you’re finally within the right area of the country to track down some good Prosecco.

Prosecco DOC is produced in 9 areas across the two regions, spanning about 20,000 hectares of relatively flat land.

However, narrow your search even further, focusing on the Veneto region and that’s where you’ll find the true magic – Prosecco Superior DOCG.

Prosecco from Conegliano and Valdbiadenne

Within the Veneto region of Italy, there is a small geographic area located between the towns of Conegliano and Valdbiadenne. Best identified for it’s steep, rolling hills, which is almost wall-like in parts, this is where you will find the best Prosecco in Italy – Prosecco Superior DOCG.

This is the area that I refer to when I talk about the Prosecco region on this website.

Across only 6,586 hectares of land, the combination of the hilly terrain, the strictest production standards, and the location, make for the best Prosecco you can find. And having tasting Prosecco DOCG, Prosecco DOC, and just plain old Prosecco (from a supermarket in the UK, made from the Glera grape from an unknown location), I can confirm that what is produced in the Conegliano and Valdobiadene region most definitely offers a superior taste.

And for the Grand Cru of the Prosecco region…

If you’re on a quest to pinpoint the best Prosecco there is, narrow your search even further and within the Veneto region, located between Conegliano and Valdobiadenne, you will find Cartizze. Around 1,000 feet above sea level, located across only 107 hectares of land, the sparkling wine produced in Cartizze is considered the best Prosecco DOCG you can find. This Rolls Royce or Grand Cru of Prosecco is so exquisite, just one hectare of vineyards within Cartizze has been estimated to be worth up to 2 million euros, making it the highest values wine land in Italy.

You may not be able to afford a hectare, but you can taste Cartizze with one of our drivers from Visit Prosecco Italy.

Hopefully, that gives you a brief introduction from a non-expert about Prosecco. The best way to find out more is to visit the region and learn first-hand from the producers and the vineyards what goes into a good glass of your favourite sparkling wine.

Planning a trip to Prosecco? Check out the Prosecco Calendar for key local events and dates. 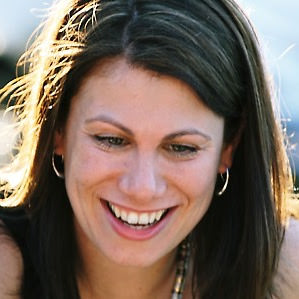 Hi, I’m Jo, a travel blogger who first stumbled across the Prosecco region in 2015. I’ve since made many contacts in the area. I created Visit Prosecco Italy to share how to visit this beautiful region and taste the wines produced there. Read more… 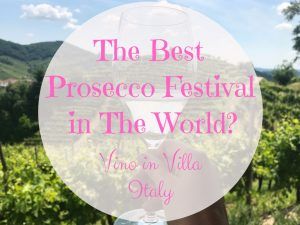 Visit Prosecco Italy features links and services that provide a commission to me if you buy through them. There is no extra cost to you but what I earn means I can keep running this site for free and fund future research trips to Italy. Thank you for supporting me. 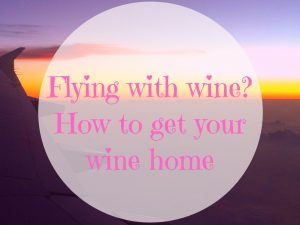 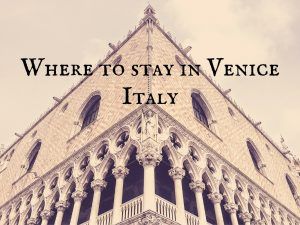 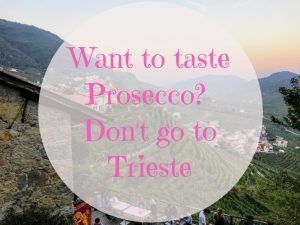