You can read more here.

Prosecco has taken the alcoholic drinks market by storm over the last several years, with consumption and sales almost doubling year-on-year in regions such as the UK. Its affordable price tag, versatility and accessibility has made Prosecco the new drink of choice for many sparkling wine lovers, taking favour away from its older cousin Champagne. It’s certainly replaced the old world bottles on my wine rack. (And my consumption of Prosecco has probably more than doubled year-on-year, but who’s counting?)

What is it and where is it?

It’s called Vino in Villa. As for where dos it take place? Where else – The Prosecco region of Italy, of course.

The Best Prosecco Festival in the World – Vino in Villa 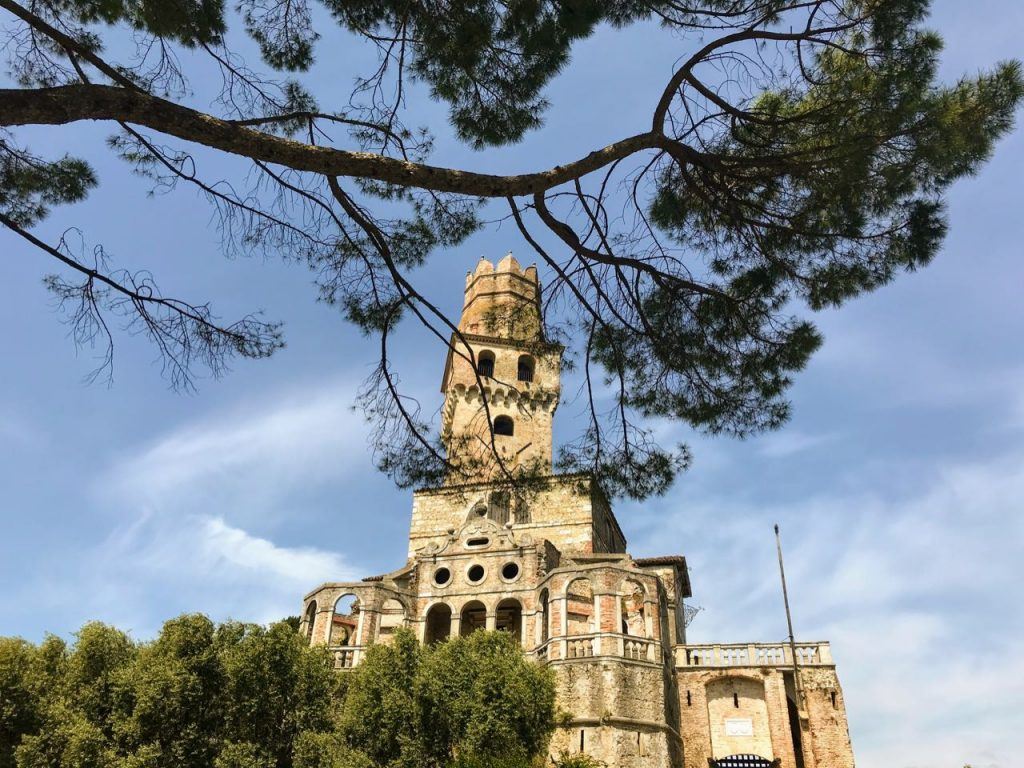 As you might already be coming to realise, Villa in Vino isn’t your average Prosecco festival. It’s an annual, multi-day Prosecco festival held each May in Italy’s Prosecco region. My biggest surprise was that this event, which has been running for many years, isn’t more well known outside Italy. Part of me thinks that is part of Vino in Villa’s charm…and is something that caused me some reticence in writing this. But I ultimately couldn’t resist sharing such a spectacular Prosecco festival find.

So, here’s what makes Vino in Villa the best Prosecco festival in the world (IMO). 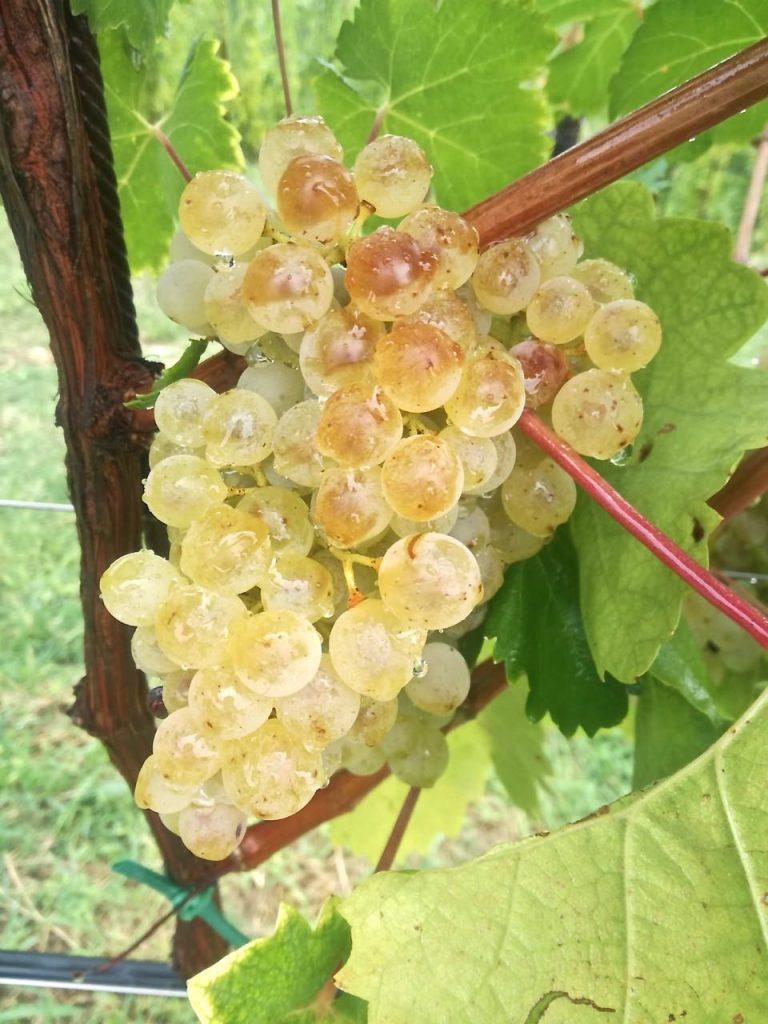 This superior variety of Prosecco is produced in a tiny part of the larger Veneto Prosecco region – between the towns of Conegliano and Valdobbiadene – where the conditions are optimal for producing the finest Prosecco you can taste.

For this reason, Prosecco Superiore DOCG is described by many as the best Prosecco in Italy, with DOCG (Denomination of Controlled and Guaranteed Origin) being the highest designation of quality among Italian wines. 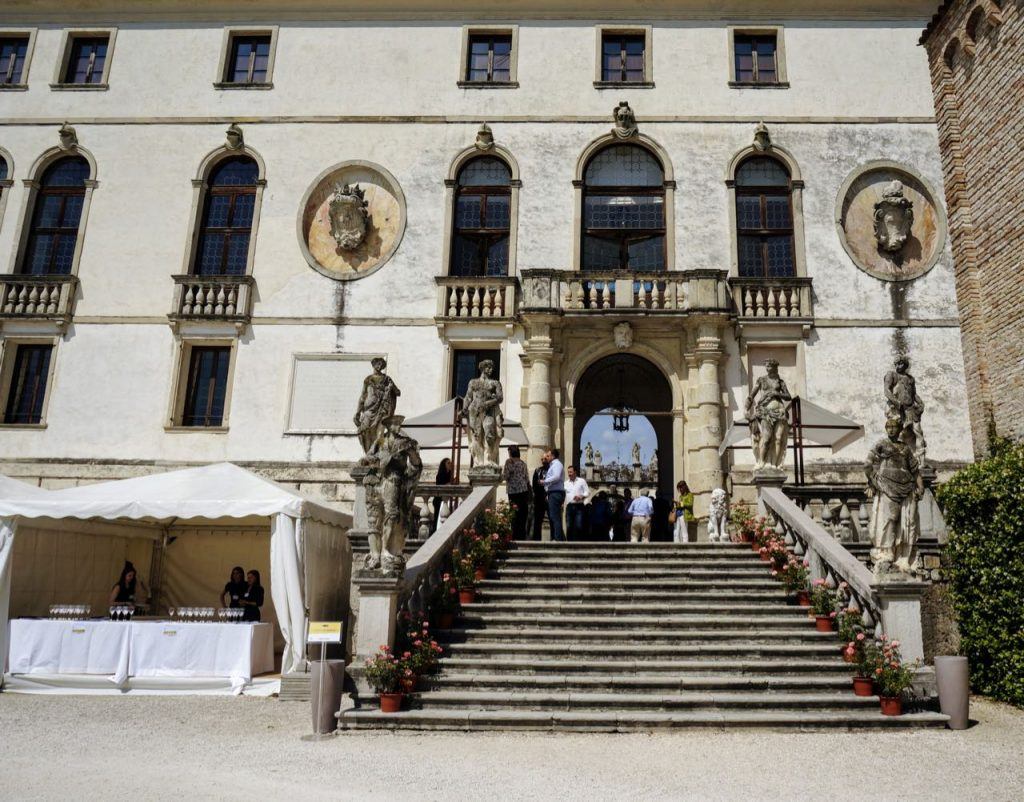 And it’s this high quality that should be reason enough to get to Vino in Villa – you’re unlikely to find Prosecco Superiore DOCG at your local supermarket, or at many of the local Prosecco Festivals outside Italy, for that matter.

Not convinced that the world’s best Prosecco is enough of a reason to get on a plane or train*?

Let me throw in a castle to sweeten the offer. 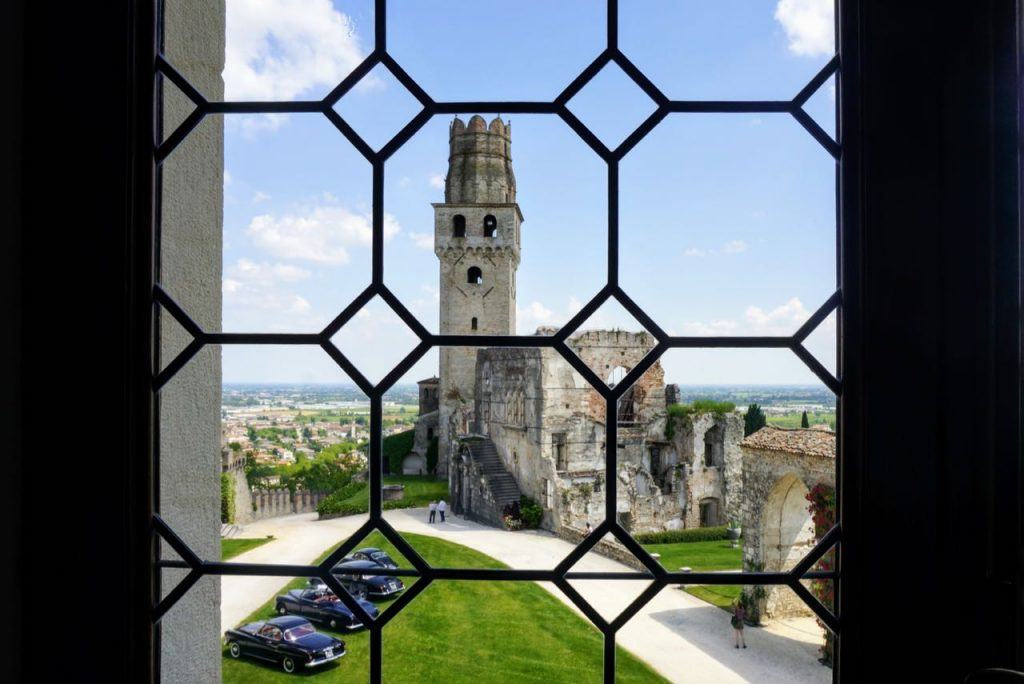 Not only does Vino in Villa taking place in the home of Prosecco superior, the main event is held within the stunning Castello di San Salvatore (Castle of San Salvatore).

One of the largest castles in northern Italy, Castello di San Salvatore was built in the 13th and early 14th centuries by the Collalto family and boasts a scenic hill-top position surrounded by rolling vineyards.

Wandering through the grounds, admiring the vintage cars and drinking in the scenery was every bit as beautiful as the Prosecco on offer.

I’ve attended several Prosecco festivals in the UK but none have sprawled beyond the perimeter of the event space. More than just a festival for tasting Prosecco, Vino in Villa is a time when the entire Prosecco superior region comes together to celebrate the local highlights – whether it’s the sparkling wine in the wineries, the fresh produce served at restaurants or the cultural highlights of the area. Attend Vino in Villa and you can:

I took advantage of all of these extra activities and my knowledge of Prosecco and the Prosecco region expanded immensely. I may even have become a bit of a Prosecco wine bore if you can imagine such a thing to exist.

(Optional) Teachings As Well As Tasting 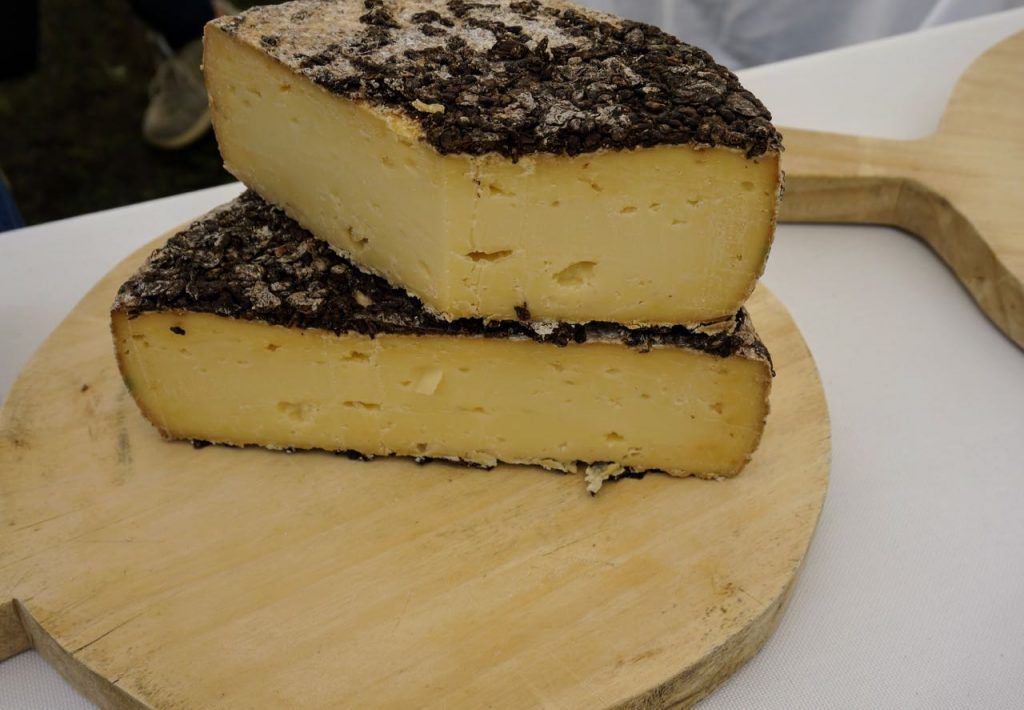 Vino in Villa certainly isn’t a Prosecco festival which you just pop out to with a couple of friends on a sunny afternoon for a glass of fizz and slice of pizza. Vino in Villa is for those who truly want to learn more about Prosecco and the region, whilst gradually sampling numerous glasses of quality Italian sparkling wine over a course of several days.

As well as the guided winery tours, designated food pairings and cultural tours mentioned above, there are tutored tastings, meetings with producers and in-depth seminars with winemaking experts and wine critics.

But don’t worry about not already being a Prosecco guru to attend these events. The activities are optional and open to experts and beginners alike. All you need is a thirst for knowledge (and Prosecco!).

My Experience at Vino in Villa 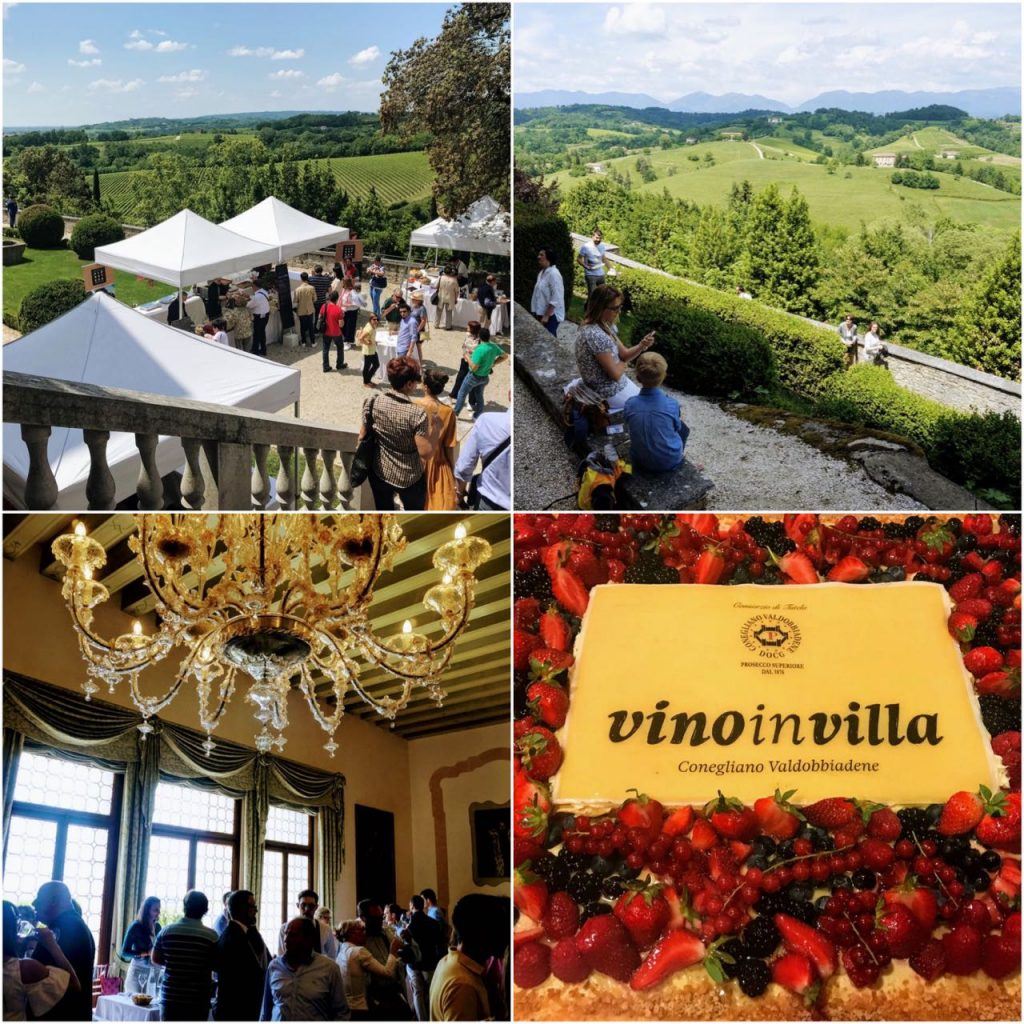 As with most food and drink related activities undertaken in Italy, Vino in Villa exuded sophistication. Families wandered around the castle grounds, sipping their Prosecco superior with a languorous slowness, bites were nibbled and the tasting tables were very rarely crowded. If you are interested in experiencing a Prosecco festival that operates on a superior level, put Vino in Villa at the top of your list.

Tip: hire a local driver so you don’t have to worry about tasting too many of the region’s finest Prosecco superior.

I work with several local drivers and you can book a Prosecco tour with one of them here.

How to attend Vino in Villa? 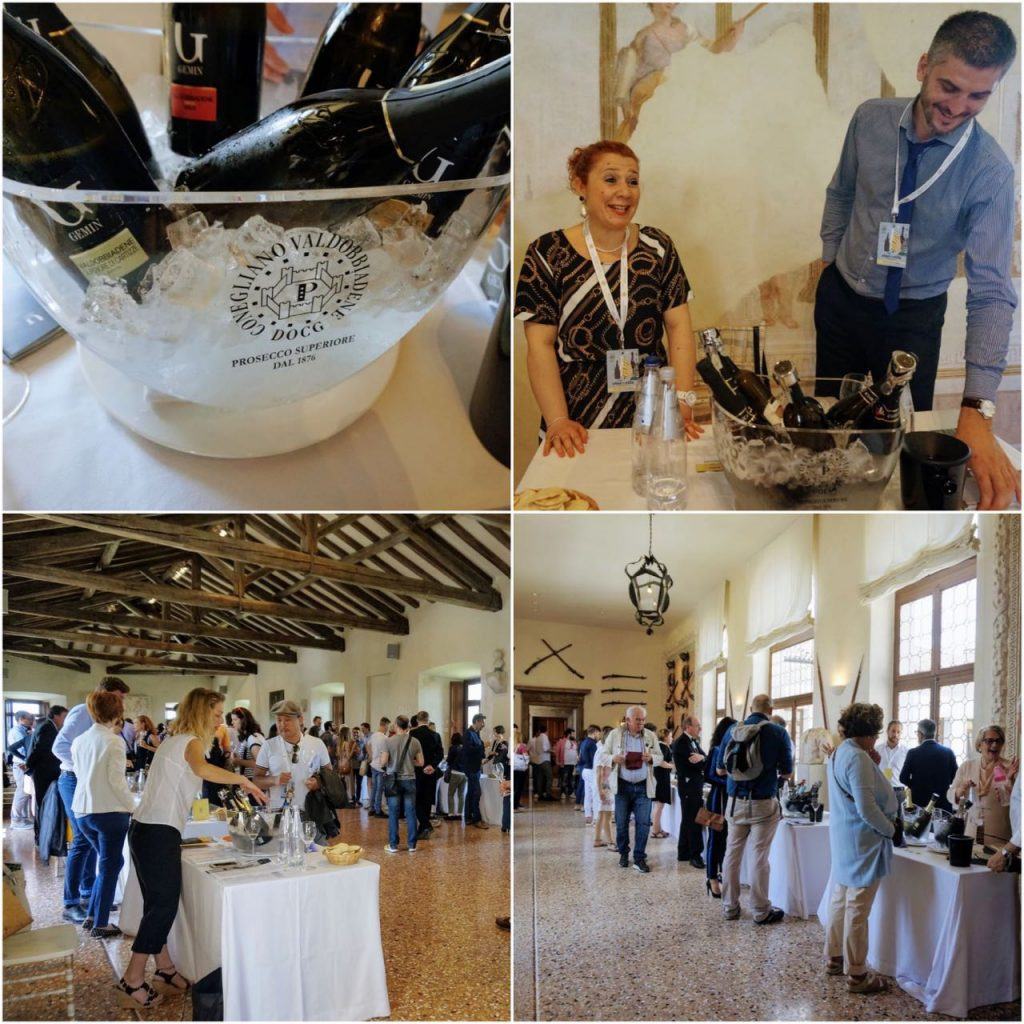 You may be reading all of the above and thinking well this all sounds great but it also sounds expensive.

The majority of the events at Vino in Villa are free (yes – that includes winery and cultural tours), with the tastings at Castello di San Salvatore being the only ticketed event.

Tickets for the Sunday castle event in 2018 cost just €20 in advance or €25 on the day and included a free Riedel glass and a voucher to be used at one of the food stands inside the venue. Having grazed my way through one cheese producer’s entire collection, I can tell you that the ticket price is worth it for this alone.

Once you’re inside, you can taste as many wines as you like from any of the 50 or so wineries taking part (tutored tastings need to be booked in advance).

Stay up to date with next years event and buy your ticket here.

Planning your visit to the Prosecco Region (and the cost)

Despite the accessibility and affordability of the Prosecco festival itself, getting to Italy for the event might seem like a barrier. The good news is that travelling to and staying in the Prosecco region of Italy isn’t as difficult as you might think.

Venice is just one hour away by train or road. Otherwise, if you’re travelling within Europe or Italy already, Treviso is even closer, and probably cheaper since low-cost airlines Ryanair and Wizz Air fly there. I’ve found flights to Treviso from the UK for as little as €25, return.

Once in the Prosecco region, accommodation and restaurant prices are all a lot cheaper than you’ll find in nearby spendy-Venice (you can find budget rooms around the €50 price point rather than the €150 price point).

That’s my guide to the best Prosecco festival in the world – Vino in Villa. If you’ve got any questions about attending the event, let me know in the comments below.

Until you get to Prosecco, here’s my guide for how to choose good Prosecco when you’re shopping for Italian sparkling wine at home.

How to Choose Good Prosecco

12 Prosecco Cocktails to Make at Home

Flying with Wine – How To Get Your Wine Home

Where To Stay In Venice 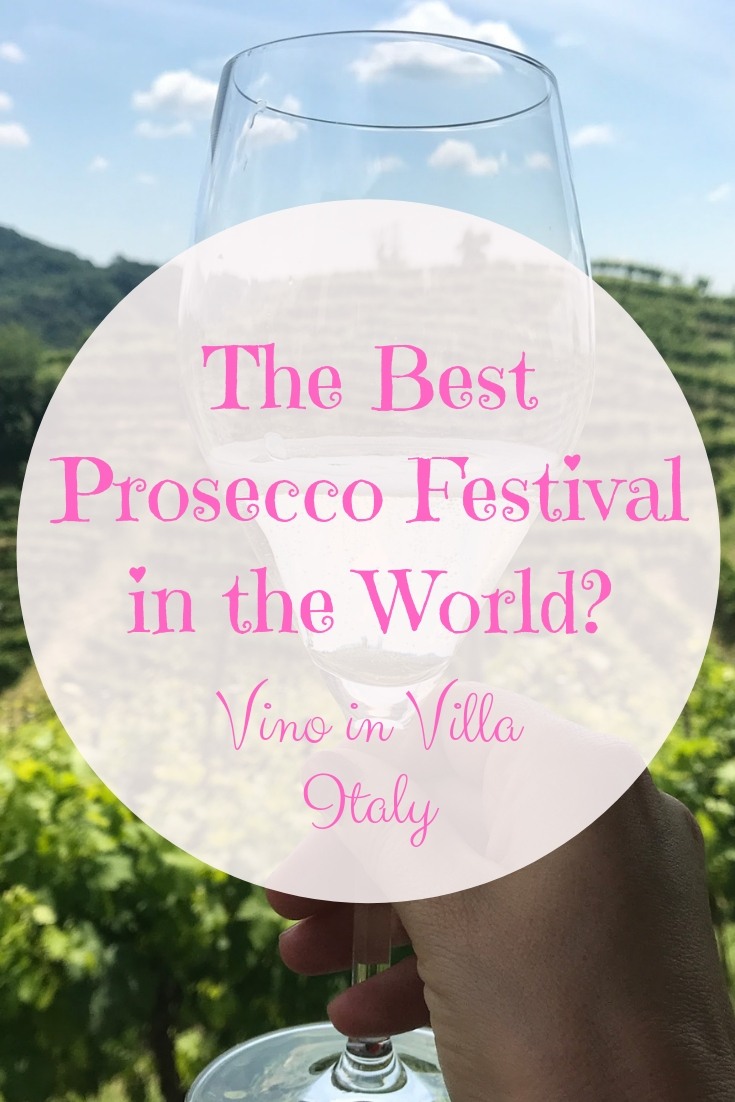 I attended Vino in Villa as a guest of The Consortium.

Affiliate Disclosure: Visit Prosecco Italy features links and services that may pay me a commission if you buy through the link. There is no extra cost to you. My recommendations are not influenced by potential commission. It just means I can keep creating free Italy travel and wine guides for you. Thank you for your support.